Get to Know Larry As a kid, I remember lying on the lawn of my childhood home looking up at the late summer sky as the sun began to set. Blades of grass tickled my arms, my legs. The sky and all that exists within and beyond it seemed limitless and mysterious. I had (what I now would identify as) my first feeling of transcendence. The thought came into my mind that there was a reality that was bigger than I was, but that somehow, I was a part of it. I simultaneously felt small and included in something bigger–something that would require an adventure to be discovered.

“…my story finds its deepest meaning and purpose when I am living to tell God’s story.”

I believe that was the moment that God planted the idea of His Larger Story within me. Throughout my journey, in the triumphs and tragedies, I’ve been consistently re-centered on this concept that my story finds its deepest meaning and purpose when I am living to tell God’s story.

I’ve often described my story as sovereign stumbling. I stumble and God kindly guides me. That is how I began studying psychology in college, and ultimately received my PhD in it. During my college years, I wrestled with doubt, questioning my faith. I didn’t want to simply accept Christianity because it was a family tradition. I needed to know that my faith was deeply rooted in my heart.
After being a psychology professor for many years, I went into private practice. I found something I didn’t expect: I was being transformed from a psychologist who happened to be a Christian into a Christian who happened to be a psychologist.

As a Christian counselor, I was meant to be the expert who had all the answers. But I didn’t. I felt inadequate, but not uncomfortably so. I began to see a new vision of counseling, one that relied on something larger than you and me.

I began to see that our culture needs something more than the expert model alone. It’s about time that we admit our inadequacy. It’s about time we dismantle the cultural lie that we have all the answers. Only the Gospel of Jesus Christ can change lives.

The solution to our relational poverty is rooted in the power of Jesus’ death and resurrection to put all things into right relationship again. The life of Christ is meant to be shared, poured from one to another, in the context of relationships, first with Him, then with each other.

“Our lives are small, human lives. But in the eyes of the One who calls us the beloved, we are great – greater than the years we have. Our lives and our stories matter because they belong in God’s Larger Story.”

The next several decades could be summed up as my journey of learning to live in God’s Larger Story, focusing my attention on what it means for Christians to be broken, yet connected to God in a way that energizes how we love.

I believe that the community of God’s people –the Church– is meant to be the place where the deepest healing takes place. Jesus showed us that real healing happens when we’re willing to offer profound relational engagement.

Our lives are small, human lives. But in the eyes of the One who calls us beloved, we are great – greater than the years we have. Our lives and our stories matter because they belong in God’s Larger Story.

I hope you’ll step out in faith and courage and join me in this great adventure.

Lawrence (Larry) J. Crabb passed away peacefully the morning of February 28th, 2021 after a 23 year battle with cancer. He was 76 years old.

Larry is survived by his wife and middle school sweetheart, Rachael, to whom he was married for over 54 years, two sons, Kep and Ken, two beloved daughters-in-law, and five grandchildren.

Larry has published many books in his lengthy career. His body of work is extensive, and it can be difficult to know where to start. It touches on a variety of topics and themes, offers a host of wisdom, and like all of us, has evolved over time. In an effort to provide context for his lifework, we’ve created a guide to give you a quick overview. Click here to journey with Larry in living the Larger Story!

Looking for a place to begin?

Join over 1 million readers who have started the journey toward relational restoration . . . Inside Out
by Larry Crabb 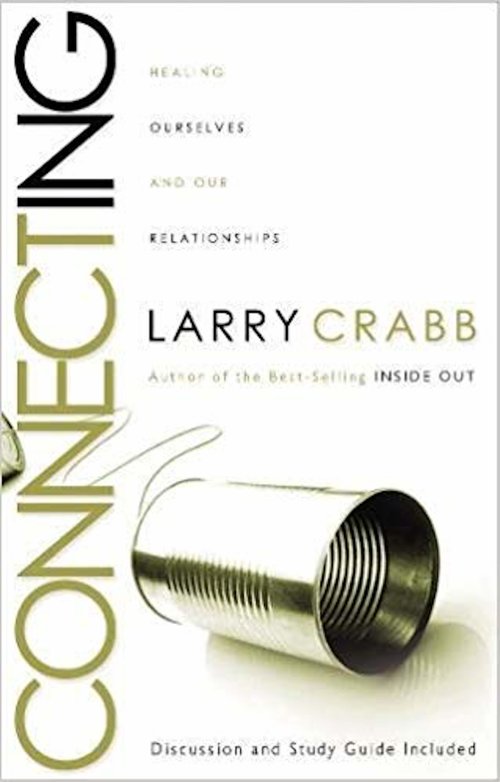