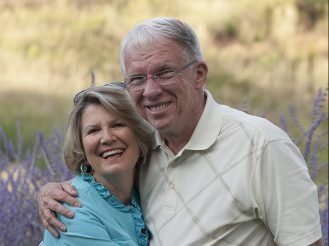 A Painful and Enjoyable Memory

Larry had a way of touching my life in a way that few could, both through his powerful pursuit of….. As a student who was seeing my sin increasingly, I was desperate to undo it. I didn't think I could…..

Larry and I had breakfast a year after I graduated from the MA program. A year's worth of my questions….. Learning the “Trinity Dance” & “Moving To The Unforced Rhythm Of Grace”

In lieu of flowers